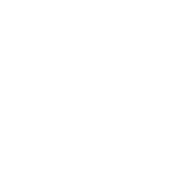 The Magic Mountains encompass the Mountain Range of Freita, Arada and Arestal, belonging to the Gralheira massif, and the Montain of Montemuro. They extend over 80 parishes spread over 7 municipalities: Arouca, Castelo de Paiva, Castro Daire, Cinfães, São Pedro do Sul, Sever do Vouga and Vale de Cambra.

They are part of the European Charter for Sustainable Tourism, since November 2013, and include four Natura 2000 sites and a UNESCO Geopark, based on the offer of a responsible and sustainable tourism model, focused on ecotourism, geotourism and active tourism.

Cultural Heritage
Archaeological remains and monuments that testify to its long history are visible throughout this territory: Atlantic rock carvings, megalithic monuments, Roman bridges and roads, medieval monasteries and temples, shrines and churches of all kinds, typical schist and granite villages , historic mines and more.

Geographical location
United by the Montemuro and Gralheira massifs, the territory is located in a border position between the north and center of mainland Portugal and between the coast and the interior.

Weather
Due to the high variations in altitude, the Magic Mountains show strong thermal and rainfall contrasts between its valleys and the top of its mountains, revealing some particularities in terms of the climate, sometimes wet and cold, typical of mountainous areas. The average annual temperature varies between 7.5°C and 16°C, with approximately 2,500 hours of sunshine per year.

Exploration
In the Magic Mountains, water and stone are the main elements, which is why the Water and Stone Route was created, which highlights the natural and cultural heritage of the region, centered on the rivers and mountains. Conceived as a subway network, it features different lines, each with its own points of interest, signaled on information panels.

Water and Stone Route
It is divided into nine lines that cover the mountains between Douro and Vouga. Each line is made up of places to visit, such as waterfalls, clear water streams, geological phenomena, mills, mines and fossils. The route is available for consultation on the website http://www.montanhasmagicas.pt/en/what-do/great-routes/route-water-and-stone/

Paiva's Walkways
The Paiva Walkways are the best known and most awarded in Portugal, thus attracting thousands of people. This route that connects the river beaches of Areinho and Espiunca is about 8.7 km long.

The wooden construction follows the Paiva river, in the Arouca Geopark, located in the Aveiro district. The steep descents and climbs increase the degree of difficulty of this route, which lasts approximately 2 hours and 30 minutes. It is also here that the world's largest suspension pedestrian bridge is being built, which will certainly attract even more tourists.

Adventure Sports
For those who enjoy outdoor activities, the Magic Mountains are the ideal place. Here you will find a wide variety of sports for all tastes and ages.

Challenge the white waters of the Paiva River in a rafting or kayaking activity; beat demanding mountain trails by mountain biking; ride a bike on the Ecorail of Vouga; explore wild rivers by canyoning; have fun in a stand up paddle or canoeing activity. There is also a selection of orienteering, tree climbing, slide and abseiling, climbing and paintball activities.

The route is available for consultation on the website http://www.montanhasmagicas.pt/en/what-do/

Thermal Spa
You can also enjoy relaxing in the historic thermal spa of São Pedro do Sul or even in the renowned thermal spa of Carvalhal. On the banks of the Vouga river, in Várzea, the thermal spa of São Pedro do Sul is one of the largest in the country and is on the list of one of the best, as, in addition to being one of the oldest in Portugal, it takes advantage of the therapeutic waters of this area. With a high content of minerals, the waters reach the surface at around 68.7º C which, combined with its properties, brings together the perfect conditions for the treatment of various diseases. As for the thermal spa of Carvalhal, it is located in the municipality of Castro D'aire and its waters are beneficial for the respiratory system, for the prevention and cure of skin problems, as well as for the treatment of rheumatism.

Fauna and flora
The Magic Mountains are home to numerous animal species, some of them rare and protected, such as the Iberian wolf and the water mole. The peregrine falcon and the eagle owl find perfect places to breed on the cliffs. The otter is present in all rivers, along with the blackbird, which learns to swim before starting to fly. The Paiva River is known for its trout and eels and lampreys continue to make their way up the Vouga River.

The relief conditions and the prevailing climate in the Magic Mountains provide the ideal conditions for the existence of an exuberant and diversified flora, with extensive areas of native flora. Some of the most important species are the cow fern, the peat daffodil, the blueberry, the common lotus, the holly or the fritillaria.

Museums
To discover a little more about this territory and its inhabitants, visiting museums and interpretation centers is essential. Municipal and rural museums bring together the archaeological, ethnographic, agricultural, wine and mining heritage, which best represents and characterizes the history, culture, uses, customs and traditions of the territory.

Thematic museums value different types of cultural and natural heritage, including sacred art, historical personalities, thermal baths, and trilobite fossils. The interpretation centers are, for the most part, associated with the valorization and preservation of nature and the environment, namely biodiversity and the territory's geodiversity, in a perspective of sustainability.

Mountain monasteries and shrines
Due to the faith and devotion of its inhabitants, the Magic Mountains are fertile in religious heritage that translates into a profusion of mountain shrines, churches, chapels, crosses and other sacred places such as monasteries, calvaries and sacred roads. The patrimonial value of these temples and religious spaces is indisputable, reflecting architectural and artistic styles from different historical periods.

Gastronomy and wines
The very rich and diversified local cuisine has its origins in ancestral uses, customs and knowledge, thus reflecting the quality of local products from agriculture, pastoralism and, to a lesser extent, fishing, to which is added the mastery of seasoning and the art of cooking well.

River beaches
In the summer months, you can cool off on one of the river beaches. In full contact with nature, enjoy the refreshing, crystal-clear water of the mountain rivers. In addition to the quality of the water, these spaces offer a range of equipment and services for the convenience of their visitors, as well as surveillance, during the bathing season.

Traditional villages
Getting to know the villages located in the extensive mountain ranges of the Gralheira and Montemuro massifs is a kind of journey into the past. Here you will be able to appreciate the typical architecture, the authenticity of the traditions, uses and customs of its inhabitants.

The uniqueness of the geological phenomena that occur here, the remarkable biodiversity that it houses, and the particularities of its geomorphology, make the Magic Mountains an excellent destination for the observation and interpretation of nature, as well as for carrying out numerous sports, activities and adventures. Let yourself be bewitched!

QUALITY AND EXCELLENCE Accreditations and collaborations

Checking the availability of your search